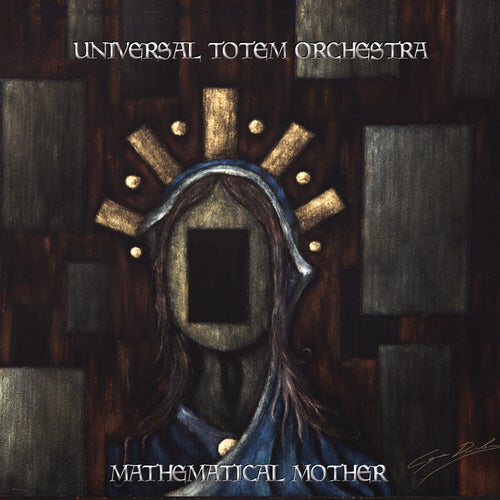 The long awaited third album by UTO and well worth the wait too. Another stellar album by this zeuhl influenced band with much more female vocals than the previous albums' which is not in the least dissapointing in my opinion and very welcome, although some may disagree. There's some unusual style changes in here too with some of the ethnic and folk elements. A brilliant album....don't miss it!!!!!!

This is the third offering from Universal Totem Orchestra, a quixotic Italian band that gets criticized for not being pure zeuhl (nothing is really, besides Magma) and thus dividing Progland into outright fans and naysaying purists. Too bad really, as they never claimed to be devoted followers in the first place. Their debut "Rituale Alieno" as well the follow up "The Magus" are both, in my humble opinion, extraordinarily brilliant albums that deserve the loftiest progressive praise. There are some similarities with Magma and some huge differences. First the common elements, namely a furiously talented leader in drummer UTO G. Golin who simply pounds and sizzles throughout all their tracks, pushed along by the reptilian bass of Yanik Lorenzo Andreatta. Definitely near Vander/Top/Paga levels of quality. The arrangements hover from bombastic Wagnerian explosions to jazzier climes, again a Kobaian characteristic. The major difference is Ana Torres Fraile's booming voice that is beyond description, capable of a wide variety of tones, octaves and styles, but much closer to opera than anything else. Occasional forays into Arabic, Gothic and Gregorian leanings only accentuate her stunning brilliance. She is also extremely attractive. Furthermore, guitarist Daniele Valle and keyboardist Fabrizio Mattuzzi can hold their own with the very best the prog universe can suggest, technically hyper-proficient but loaded with gusto, bravado and oomph. Finally, saxophonist Antonio Fedeli adds the sultry instrument at the most appropriate of times, such as one the shining and eloquent "Architettura Dell'Acqua". UTO's style is way more expansive, playful, symphonic, jazzy, retro, bucolic and medieval than anything unleashed by the Destruktiw Kommandohs.

Kick off the Mathematical Mother opus with a 14 minute surge "Terra Cava", a whirlwind demonstration of the various talents at hand, a scat singing opener that quickly evolves into a complex and insistent polyrhythmic explosion with zooming bass, deft stick work, cool piano musings and a hard carving guitar rampage. Fraile's voice seduces immediately, her lung capacity is quite impressive to say the least, extended long series of notes and trembling invocations, a truly impressive diva. The ornamental piano takes over a great deal of the melodic arrangement, sumptuous and elegant as it should be, deepening the reflective emotions and enriching the pace. At the 8 minute mark, the rabidly intense bass guitar rumbles through like a freight train, the dynamic mood turning Saharan and the spirit utterly adventurous. The bass tone is trebly and extremely fluid, a sort of Squire/Entwhistle synthesis that will astound the fans of the mythical instrument. Guitarist Valle then goes on his flowery rant, egging Mattuzzi to take over and rise to the heavens. I find myself slammed right between the eyes by the sheer power of their demanding and virtuous music.

A blistering fury is set with the exalting "Codice Y16", a synth-blasted shorter piece that seeks to underline a kind of a Charlie Brown?like piano motif (you will get it when you hear it), a perfect platform for Mattuzzi's wild synthesizers to parallel Fraile's thrilling and athletic voice. The jazz elements are straight forward here, almost Canterbury-esque in many ways, again muscled along by that impulsion -fueled bass guitar, a joy to follow throughout this splendid disc.

The ebb and flow on "Elogio del Dubbio" will make your head spin, from misty serene to ethereal Gothic as well as out right bull in a china shop, the whole thing just spirals mightily into the celestial heavens. A blizzard of persevering notes, played at breakneck speed, then suddenly, an eerily Dead Can Dance like Arabic lamentation swoops in from the desert, assisted by some cool tablas , meandering into the labyrinths of the mind. Fraile wailing majestically once again, the scimitar-edged pace heightens as the ravaging guitar slashes mightily through the haze. Praise be to the Golin School of drumming, the man is a total beast.

The compelling "Architettura Dell'Acqua" is the masterpiece on this album, a simply incredible piece of music, incorporating the mellifluous soprano voice, lyrics in English and the sophisticated saxophone , unified in an idyllic initial setting, lush with heartbreaking fragility and purest design. Then the alternating themes begin their madcap ballet, the echoing piano treatment giving rise to some furious guitar pirouettes, as well as some dazzling turbo- charged flurries from the band, swift and adventurous. Back to the momentary calm before heading back to the fury. Tons of little details abound, like the squeaky synth wobbles, the heavy rock guitar showcase, the choir additions giving this a Orff-ian bombast that is hard to resist.

Back to jazzier horizons on "Citta Infinite", another perfect platform for Ana Torres Fraile to shine, a mesmerizing vocal display. This is semi-mellow stuff but it does include a snippet from UTO's masterful epic "De Astrologia" off the Magus album, which remains in my humble opinion, a classic prog tour de force. The vibraphone solo from Mirko Pedrotti is eyebrow raising to say the least. Wow! The final track "Mare Verticale" borrows again the disorienting and pounding rhythmic style that is their claim to fame, aided by a devilish bass and drum assault and adorned by some technically astute voice work that never ceases to amaze. I can listen to this a thousand times and still be impressed by the brilliant playing and the technical savvy by each band member.

In recap, this is an album that one can listen to as a whole, then go through it again just listening to one instrument, one at a time. That for me is the inherent attraction of any prog album. To the 19% who labelled this poor and only for completionists , you have my deepest condolences. 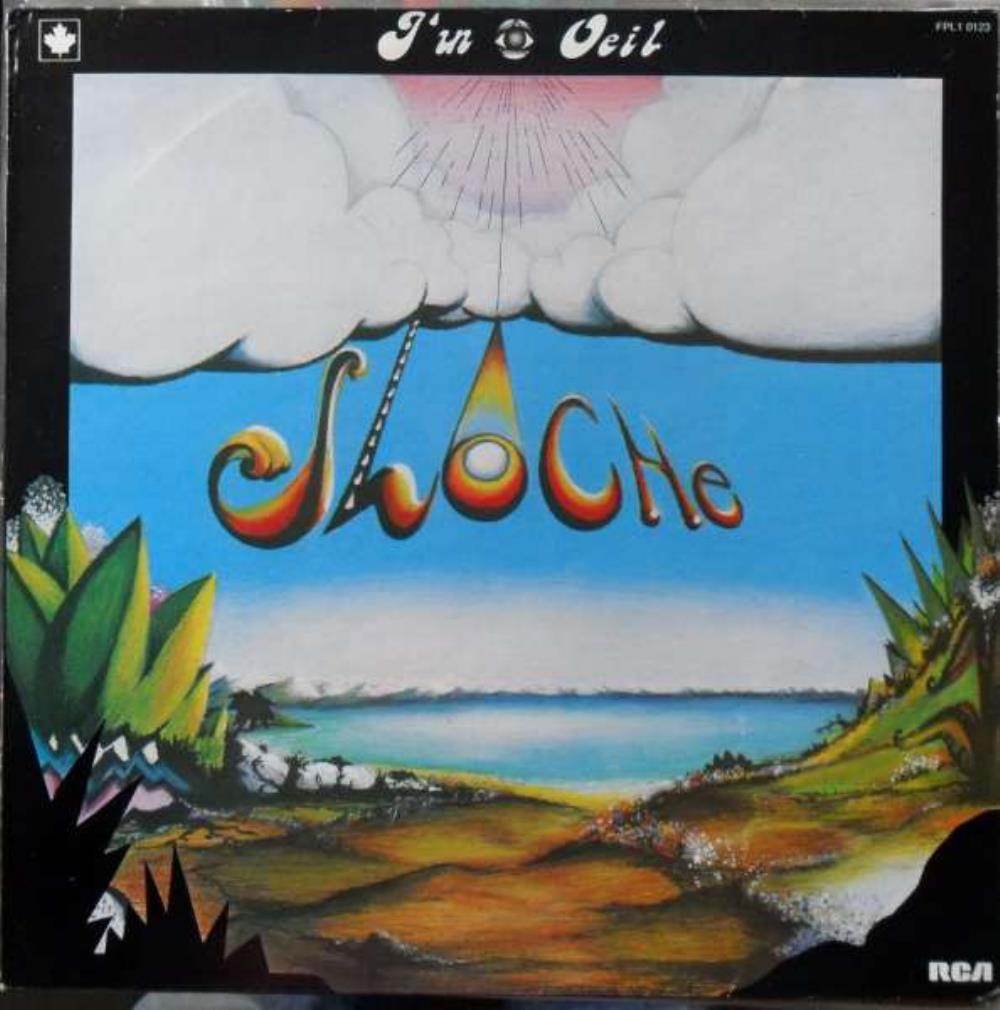 Fantastic canadian band whose sole 2 albums are classic Gentle Giant styled music with just as much  exemplary musicianhip. This is their first album.

Together with Maneige and Et Cetera, Sloche is part of the Quebecois Holy Trinity of 70s Prog. Their debut album is an outstanding musical work that fairly deserves all the good rap that it usually gets in the Internet. Definitely, Sloche is one of those many unsung prog heroes that most prog collectors only got to know through CD technology and WWW merchandising. Their music tends to be a bit more bombastic that their aforementioned fellows, while keeping a similar fusion-oriented vein as Maneige; meanwhile, the dual keyboard layers provide a symphonic feel every now and then. The fusion facet is clearly influenced by Return to Forever and Weather Report, albeit less pompous than the former and a more uplifting than the latter. I observe some Kerry Minnear and George Duke influences on both keyboardists, but generally speaking, it must be stated that Sloche never gets derivative. The optimistic spirit that is generally spread all throughout "J'un Oeil" allows the complex compositions receive a certain air of catchiness, and also gives a frontal freshness to the musicians' intricate interplaying - structural sophistication and warmth, all at once. 'C'pas fin du Monde' kicks off the album as a proper sample of the band's style, displaying an attractive intensity and a healthy variety of moods expanded along the succession of different motifs. Things get more solemn in 'Le Karême d'Eros', which starts with a 3 ½ minute majestic piano solo, until a brief chorale enters along with the whole instrumental ensemble; the sung parts are accompanied by a series of voices of people partying, acting as a funnily disturbing chorus, and so the solemnity is over. But not the seriousness, as the alternate solos on synth and guitar show: things can only get better with a piece like this, specially when the string synth layers go fading out while a spatial Moog effect drags in to announce the entry of the funk-jazz closing section. Brilliant! The title track is the shortest and catchiest one, keeping things uplifting and a bit gentler. and gigantic as well, since it is the most Gentle Giant-like piece in the album. The same gentleness is carried out by the last two numbers, albeit they're a bit more complex: 'Algébrique' and 'Potage aux herbes douteuses' contain the biggest dose of funky colours in the album, but always keeping a constant loyalty to the overall fusion-prog essence of the album. In conclusion: a masterpiece. Review from Progarchives.com

Fantastic krautrock music from this ever progressing band whos music always grabs you, much like the music of 'Can'. Would have to agree that this is probably their best overall album since 'MORBIUS'

As someone who remembers the classic era albums as new releases, I firmly believe some of today's 'retro' bands rival their Old Masters in quality and, paradoxically, originality. And this new Krautrock release from the 21st century's leading practitioners of the sub-genre is a prime example. I simply haven't heard a more beautiful Krautrock album since 'Future Days' in 1973. It doesn't sound like any other Krautrock exemplar, but this is definitely, definitely Krautrock.
Nothing has impressed me more about Prog Archives than the 'hit' status accorded to Electric Orange's excellent 2014 release 'Volume 10'. This is testament to the open-minded cultural vision of fans on this site. The only thing that has held me back from reviewing 'Volume 10' is the fact that my own rating would drag down its consensus score (slightly). Well, with 'Misophonia', Electric Orange have taken an artistic quantum leap - and it has the 'Wow!' factor I look for in awarding 5 stars. Their best album since the brilliant 'Morbus' of 2007 - and musically the two albums hardly sound like the same band. As others have said, Electric Orange never stop progressing.
Krautrock is not everyone's cup of tea, and I would not pretend there is any special musical cleverness required to appreciate this off-the-wall sub-genre. Really it is more a question of one's psychological state. But if you enjoyed 'Volume 10', you should love 'Misophonia'. And these albums are all on Bandcamp to hear - there is no excuse to avoid checking them out.
Verdict: A 21st century Krautrock MASTERPIECE.Review from Progarchives 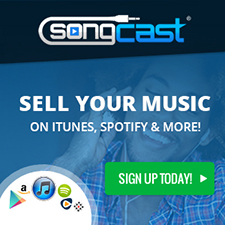 SoLaRiS is a musician from the UK working in primarily the ambient genre. This blog is dedicated to his love of all progressive based music from around the globe. Many of his albums can be found on BANDCAMP.